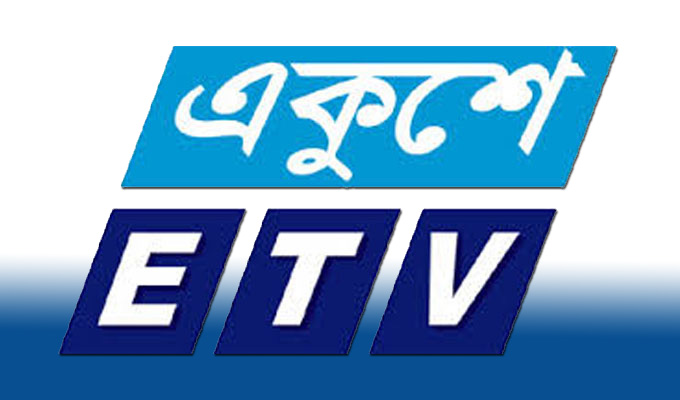 Ekushey Television (ETV) is a private terrestrial channel in Bangladesh,. Official transmission began on April 14, 2000, after a very short time of transmission it became the voice of the nation and the most popular TV channel in Bangladesh through its news and other innovative programs. However, it was closed down on August 29, 2002, It broadcasting from the Kawran Bazar, Dhaka.However, permission for the station to continue transmission once more was granted on April 14, 2005, and transmission was resumed, on December 1, 2006. Its official transmission started 29 March 2007 and, started 24 hour transmission on June 1. Present Chairman of ETV is Abdus Salam and programme director is Atiqul Haq Chowdhury.