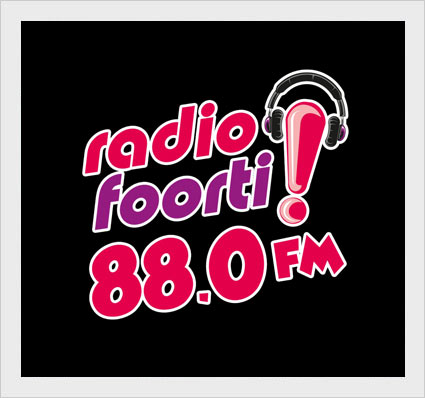 Radio Foorti 88.0 FM one of the most popular FM radio station of Bangladesh. Basically this is a musical radio station. There is 9 Popular RJ who plays a wide of music and others program 24/7. Its broadcast both if FM 88.0 MHz and online at onlinebanglaradio.com

On 21 September 2006 its start their journey. On that time the broadcast only in Dhaka city in the frequency 88 MHz. The start broadcast in Chittagong in July  2007 and they start broadcast in sylhet on february 1, 2008. But now its broadcasting  eight city in bangladesh Dhaka,  Chittagong,  Sylhet,  Rajshahi,   Khulna,  Barisal,  Mymensingh  &  Cox’s Bazar

Copy the bellow embed code and pest your website where you want to visible the radio player.